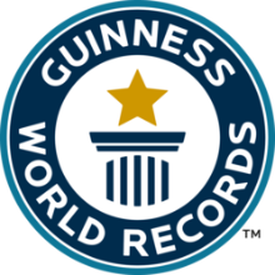 Humans are obsessed with records. The fastest. The strongest. The first. The longest. Every time we see a new record being broken, we feel like we’re witnessing something historic. Within the past few months, we added a new record to the list:

The Longest Bull Market in History

By now this is old news. On Wednesday, August 22nd, media outlets reported that the U.S. stock market had set a new bull market record of 3,453 days. This incredible stretch, which by most estimates began on March 9, 2009, surpassed the previous record set in the 1990s.

Is it really the longest bull market ever?

It really depends who you’re talking to! For every article sounding trumpets, you can find another saying, “We’re doomed!” The fact is, the definition of a “bull market” is rather nebulous – and whether this one sets any records depends on whose data you’re using. The Wall Street Journal provided a good example in a recent article.

“The widely accepted definition of a bear market is a drop of 20% from the last peak in this cycle, while bull markets are usually measured from the lowest point reached until the peak before the next bear market.”

However, if this is the definition you’re using, the current bull market may have only started in October of 2011. That was the month the S&P 500 fell 21.6% from its previous high. Any growth from that point forward would be part of a new bull market, not the old one. To which other pundits might respond, “Hold the phone – that number is only accurate if you’re using intraday prices instead of closing prices. If you’re using closing prices, the S&P 500 fell only 19.4%, which is less than the 20% needed for it to be a true bear market!”

Confused yet? There’s plenty more to add to the equation! Are we using price returns (the price of a stock) or total returns (in which dividends are added)? Which index are we measuring? The S&P 500? The Wilshire 500? The Dow? What about intraday or closing prices?

I could go on, but by now I’ve got a headache and have grown bored of the concept. The point is this: the deeper you dig, the less certain a “record” this becomes.

Here’s what we know: The stock market has been going up for a long time now.

What goes up must come down!

For those of you who don’t know, my family is a group of avid roller coaster lovers. Many summer days were spent at local amusement parks in Pennsylvania where my sister and I grew up. One thing we’d always scream right before the top of a big hill was, “What goes up must come down!” The markets are no different.

When will it happen? I can’t say. Many economists foresee the current bull market continuing for some time, though at a slower rate. Taxes are low, unemployment is low, and the economy is humming along nicely.

I can’t tell you whether this bull market will end next month or next year. Heck, it could have ended by the time you’re reading this blog post! All I can tell you is that it will end.

When a bull makes way for a bear, it’s not uncommon for investors to be taken by surprise. Suddenly, it’s raining and they’ve been caught outside without an umbrella. It can be easy to panic when this happens. The sky is falling and you were caught unprepared.

On The Other Hand…

While some investors get complacent, others get skittish. That’s why it would be equally foolish to think that this bull market has to end – time to get out! The markets don’t work that way.

Here’s what will happen. The longer the bull lives, the more you’ll see the media speculate about what will kill it. One week it may be rising interest rates. The next it might be trade wars. While these things can impact the markets, they don’t mean a crash is imminent. No one should abandon ship the moment they get a little wet!

Here’s what we do instead:

If you’re worried about the end of this bull market, that’s alright. Just focus on what you can control – paying off your house, setting up an emergency fund, or helping loved ones pay for college. Take care of what matters now. The long term is what we are here for. HeartStone doesn’t concern ourselves with what records have been set. We concern ourselves with what goals have been set and how we can achieve them. “Longest” bull market or not, we’ll keep doing what we’re doing for our clients. Not a HeartStone client? If you think we ‘speak your language’ we urge you to dial us at 406-862-3795.